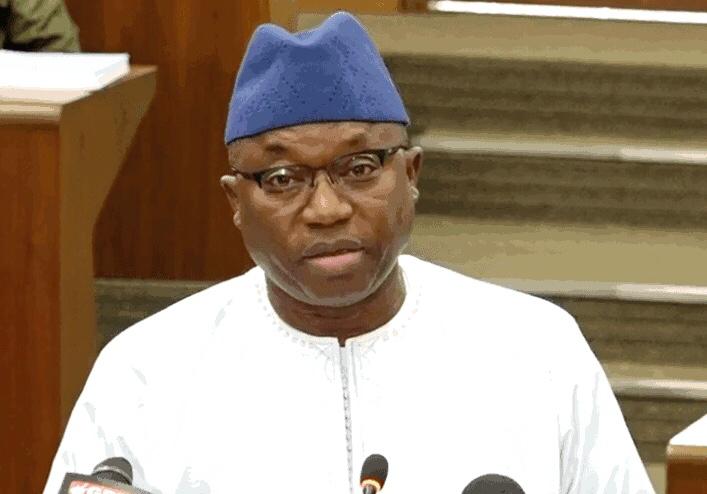 On the 24th June, 2020, The Honourable Minister of Finance and Economic Affairs, Mamburry Njie, was invited to the National Assembly to clarify issues of the Ministry’s concern before the National Assembly Members (NAMs). The session started at around 4:30 p.m. and lasted for one and a half hours.

The first issue on the agenda was to clarify to the deputies the status of the State-Owned Entreprises regarding payments to Social Security and Housing Finance Corporation based on the memorandum of understanding (MOU) signed in 2018 between the Corporation and the State-Owned Entreprises. In his response, the Honourable Minister informed NAMs that apart from the Gambia Groundnut Corporation (GGC) and Gambia Ports authority(GPA) which are on track with their payment agreements, Gambia International Airlines (GIA), Gamtel, Gamcel and GCCA have defaulted in their payments. For the National Water and Electricity Company (NAWEC), the Minister claimed that his ministry has taken up the responsibility to pay to the SSHFC, and this agreement is flourishing.

Regarding the total number of assets owned by the government within and without the country as end of December 2018, the Honourable Minister informed deputies that as at now, the government does not have a comprehensive asset register. However, he cleared to NAMs that the government has acquired an asset register module as part of the Integrated Financial Management System (IFMIS) Epicor 10 updates and all Ministries, Departments and Agencies (MDAs) have been engaged to complete their asset registration for inputting in the IFMIS system in order to produce a consolidated asset register

When required to disclose the total amount of unclaimed funds held at the Central Bank of The Gambia by December 2019, Honourable Njie revealed that as of 31st December, 2019, the unclaimed funds at the CBG amounted to seventy-seven million, four hundred and eighty-one thousand, two hundred and eighty-six dalasis and sixty-two bututs (D77,481,286.62). He further stated that this amount is reflected in the annual audited accounts of the Bank, under “Other Payable”.

In order to reduce the negative impacts of the covid-19 crisis, the ministry of finance, in collaboration with The Gambia Revenue Authority (GRA) has extended the filing and payment dates for all taxpayers and cancelled field enforcement audits. This move will allow businesses the necessary cash flow to carry out their daily operations. In collaboration with CBG, the benchmark interest rate has also been reduced from 12% to 10% in May. In the same vein, the Reserve Requirement of commercial banks is also brought down from 15% to 13% to ease liquidity pressure on the economy. This has prompted the injection of seven hundred million dalasis (D700,000,000.00) liquidity into commercial banks to facilitate private sector credit.

On the Gambia government-IMF agreement, the Honourable Minister mentioned that the agreement is an ECF arrangement for a sum of US$47.1 million for balance of payment support for the Central Bank of The Gambia for a period of 39 months. Out of this amount, US$6.7 million disbursement has been made to The Gambia upon board approval. The remaining amount will be disbursed over the duration of the programme subject to six (6) half yearly reviews. This facility is subjected to payment with a grace period of five and a half (51/2) years at zero interest rate for a period of ten (10) years.

When questioned about the total amount of funds received and allocated by the government to combat Covid-19 pandemic from the onset to the date of speaking, the Honourable Minister answered that D1, 048, 571, 203.00 was received. Out of this amount D931, 026, 142.20 were spent. D860, 365, 572.14 was allocated for payment towards the purchase of rice, sugar, cooking oil and logistics cost of the food support package of Covid-19 while D173,000,000 cash were allocated and out of this amount, D70,660,570.06 has been spent. In addition, the Minister also confirmed that monies, so far received from international partners amounted to US$43,134,840, including the US$21 million received from the International Monetary fund (IMF).

Regarding the balance of the D24.6 million unretired imprest, Honourable Njie indicated that out of the D24.6 million, only D66,100.00 has been recovered from those still in government service as at May 31st 2020. However, the Minister seized this opportunity to inform deputies that majority of these imprest holders are no longer in active service and this is posing difficulties in the recovery effort.

Regarding post Covid-19 plans to boost the economy, the Honourable Minister revealed to NAMs that the Ministry of Finance and Economic Affairs is currently reviewing and analysing proposals submitted by sectors on how to revive the economy post Covid-19. He promised to share with the National Assembly Members any plans arrived at to have the economy on its feet again.

Finally, deputies were concerned about the circulation of the first republic’s currency notes and were interested to know when will such notes be withdrawn from circulation, as well as its implication on the economy. In response, the Honourable Minister stated clearly that the Central Bank of The Gambia has a co-circulation policy in issuing and withdrawing of bank notes. According to his statement, there is no set date for the withdrawal of legal tender status of any of the country’s notes. However, he was quick to bring to light that the banknotes of the first republic are now categorised as soiled or unfit and as such, they are no longer used to pay a bank’s clientele. This regulation is done by giving value to anyone who presents these notes to a bank but will not be issued again. He concluded that it is due to this reason one hardly sees the first Republic’s banknotes in circulation.