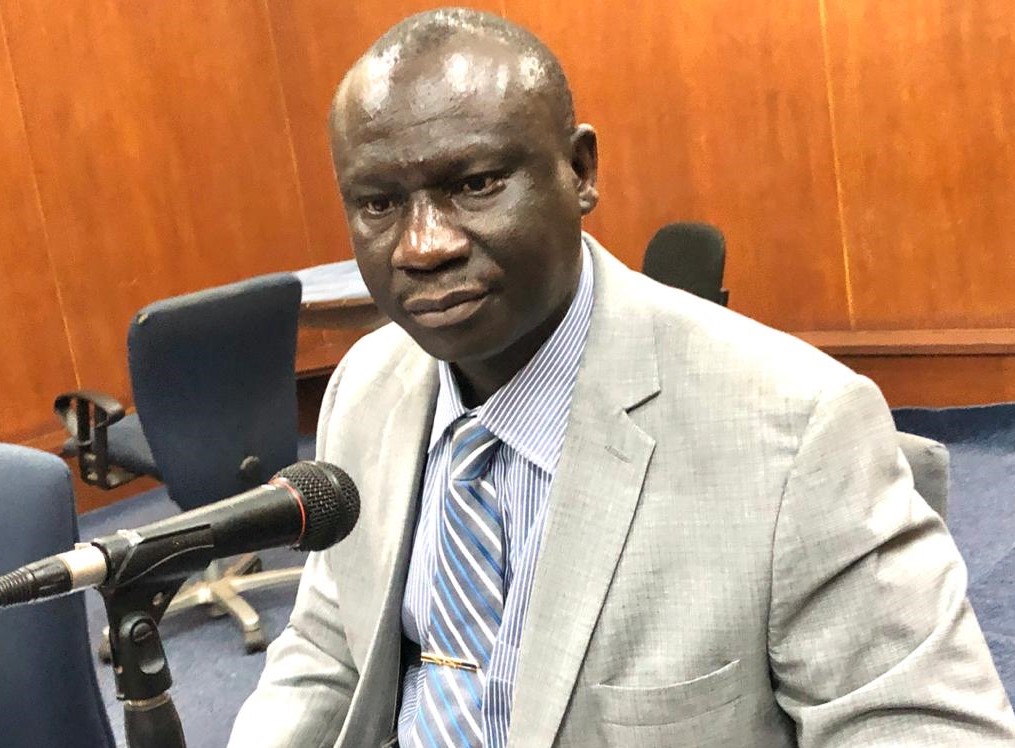 The Permanent Secretary of the Ministry of Finance and Economic Affairs, Buah Saidy has described as ‘‘transparent, honest and accountable’’ the efforts of his ministry in the resource mobilization and distribution of the national COVID 19 relief fund/package.

P.S. Saidy, who is one of the leading and most experienced economists in the country, made the remarks during a lengthy discussion on the Good Morning Gambia breakfast show on GRTS, where he discussed the government’s COVID-19 emergency fund as well as the emergency food support initiative.

‘’The COVID 19 emergency response fund [D500 million dalasi] is totally independent of the budgetary allocations of the Ministry of Health. The funds are in a separate project account and it is managed by an independent committee co-chaired by the Permanent Secretaries of the Ministries of health and finance’’, PS Saidy said, indicating that the intergovernmental body was established to ensure accountability while enabling the state to respond to the pandemic quickly with limited bureaucratic red-tape.

Mr. Saidy added that the entire D500 million emergency fund was sourced domestically by cutting the budgetary allocations of the various government ministries, agencies, and departments.

‘’As of Friday, the total expenditure from the D512 million was D160 million. The expenditure is mostly on medical equipment, supplies, training, purchase of ambulances, pick-up trucks for frontline workers, hotel accommodation for quarantined individuals, repair of health facilities, among other needs’’, he further explained.

The Finance Permanent Secretary also clarified that the $10 million from the World Bank was never handed to the Gambia Government; instead, it was used, in collaboration with the World Bank, to purchase vital medical equipment like ventilators, Ambulances, Medical Supplies, etc from the Republic of Turkey.

When asked about the management and control mechanisms to ensure the proper and fair utility of the Emergency Food Support funds, P.S. Saidy said the Ministry of Finance has put in place adequate measures that would ensure transparent and accountable spending.

‘‘We do not provide resources and set it on autopilot and sit down..armchair financing. We are very much involved [in managing and monitoring the finances] because, at the end of the day, when the dust settles, we have to go back to the people and the National Assembly to explain how the funds were spent. With that in mind, we have set up committees to procure the food supplies and also create the necessary infrastructure to distribute the food to the people fairly. come with this food basket. It includes World Food Programmes, Gambia Bureau of Statistics, NaNA, the Department of the Strategic Planning at the presidency’’.

Mr. Buah Saidy, who once worked at the IMF in Washington D.C. as Senior Advisor to the Executive Director, said the fallout from the pandemic will have global ramifications, particularly for small economies like ours.

As soon as the viral outbreak was declared a pandemic, he explained that the Ministry of Finance did a preliminary assessment of the potential effect of the pandemic on our economy and briefed the National Assembly accordingly. The Ministry’s assessment projected a decline in real GDP growth of the economy from 6.2 percent to 3.2 percent. It was realized that it would lead to disruptions to key sectors of the economy such as tourism, trade, FDI, remittances, employment, among others, which informed the government’s decision to initiate these relief packages.